Most homeowners don't think to call a tree removal company until there's a dead tree on their property, or one that at least looks like it's on death's door. However, some of the most invasive species of trees spread across the country deserve removal regardless of their health and overall condition. Allowing them to remain as healthy landscape trees allows them to spread by root division, seeds spread by birds, and more. Watch out for these four trees that deserve removal whether they're healthy or dead.

This tree has spread rapidly since the mid 1800s and now can be found throughout the eastern US and much of the rest of the south. It's an attractive tree with beautiful purple flowers, but those flowers turn into copious amounts of seeds that spread rapidly throughout the area. Birds and waterways speed up distribution of the tree. It's not a good habitat for most native bird and animal species, and it shades and starves out trees that present better candidates for shelter. Cut it down before it has another chance to spread more seeds.

The Ailanthus altissima, or Tree-of-Heaven, is native to China and grows rapidly to provide shade in a landscaping context. Unfortunately, many nurseries that sold this tree for decades as a shade provider failed to mention its aggressive roots can damage building foundations, roads, sidewalks, and other paved areas. The trees also spread rapidly by both root and seed.

You might love the look of the fluffy white flowers that callary and Bradford pears produce in the spring. But do you really want to smell a tree that has a distinct and strong ammonia odor during blossoming? The flowers are sticky and cover every surface under and around the tree, resulting in wasps and flies that are attracted by the smell as well. While the trees were once assumed to be sterile, it was discovered years ago that they actually interbreed readily with other trees. This allows them to spread rapidly and take over the landscape with their unpleasant smelling flowers.

Finally, homeowners in the western states need to keep an eye out for salt cedar or tamarisk. Tamarix spp. tolerates salt well, so it was once recommended for planting to stabilize stream banks and dunes. However, it actually spreads so much that it erodes them instead while crowding out native trees and shrubs. It's best removed by the professionals so it doesn't just return after a few years.

For more information about these or other trees you want removed, contact companies like Blue Ox Tree Care of Indiana. 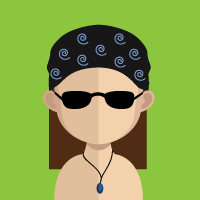 If you are like most people, you might be concerned about tree damage, especially since it can eventually impact your home. If trees become broken or damaged, they can even die, leaving them susceptible to pest infestations, breakage, and other issues. Fortunately, you don't have to let tree damage ruin your home. By working with the right team of arborists, you can prevent damage and make things a lot better. Check out this blog for more information that could help you to make things right with your trees. You won't regret it, and you will find that tree care is easier than you might expect.